skip to main | skip to sidebar

The J.J. Abrams produced NBC Television series Revolution, borrowing from other series in the past, ie. That 70's Show, Newsradio*, and Covert Affairs, has named some episodes of the show after Led Zeppelin songs: Oct. 01, 2012 "No Quarter"; Nov. 12, 2012 "Kashmir"; Nov. 19, 2012 "Nobody's Fault But Mine"; and upcoming on Apr. 08, 2013 "The Song Remains the Same". We shall see if this trend continues. Meanwhile, we Led Zeppelin fans greatly appreciate such titling as it is indicative of the influence the band continues to yield, and for that we are grateful.
(I mention such titling in my book, Back to Schoolin': What Led Zeppelin Taught Me About Music, now also available on Kindle through Amazon.) 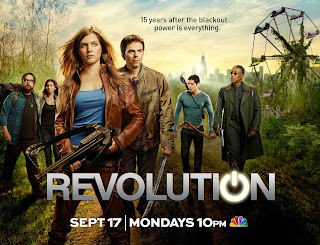 Back to Schoolin': What Led Zeppelin Taught Me About Music

Excerpt from Back to Schoolin'

Presence is an album written and recorded under difficult circumstances in late 1975 shortly after Robert Plant suffers a severe automobile accident and is confined to a wheel chair, effectively ending any touring plans for over a year. The album reflects the tension and desperation of the time, and is therefore an aggressive all-electric affair. Note also that all the music is composed by Page (with the lone exception of “Royal Orleans” which is a group composition), resulting in the first Zeppelin album completely devoid of keyboards. 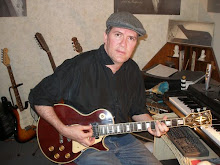 Back to Schoolin''s Fan Box

Kevin Courtright
Kevin Courtright is a gifted, Los Angeles-based composer and author whose latest opus is the soon-to-be-released book Back to Schoolin’: What Led Zeppelin Taught Me About Music. With 25 years of composing and study behind him and a long-time devotion to the beauty and intricacies of progressive rock music, Kevin is in a unique position to illustrate the far-reaching and lasting impact of one of the most influential musical groups of the 20th Century. Born just outside the District of Columbia, raised in the City by the Bay and transplanted to Los Angeles, Kevin manages to escape his schooling with his creativity intact. His skill as a writer – and more than passing acquaintance with “Starving Artist Survival Jobs” – leads to the writing and directing of the hilarious mockumentary “Man On Top.” He steps away from the keyboard once a week to teach from the greatest book ever written and on Sundays you will find him lending his bass voice to the Choir of Grace Community Church.